Travis Dyson is the 30-year-old Florida man who was found in a hotel room with Democratic politician Andrew Gillum on March 13. Police said Dyson appeared to have suffered a drug overdose. He is conscious and in stable condition in a Miami-area hospital.

Dyson maintains a profile on a website for male escorts and is studying at a nurse practitioner school. Gillum has been married to R. Jai Gillum since 2009. The couple have three children together.

In 2018, Gillum, 40, was the surprise winner of the Democratic primary for governor in Florida. Gillum lost the general election narrowly to Ron De Santis. Since then, Gillum has been a rising star in the Democratic party. Between 2014 and 2018, Gillum served as the mayor of Tallahassee.

Previous Narine Arakelian, the darling of The Venice Art Biennial has her first showing in Miami.
Next Crypto wallets: What you need to know 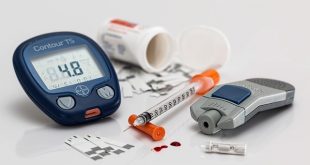 By Paul Kemp September 29, 2014 Kratom and diabetes have a long association in Southeast …