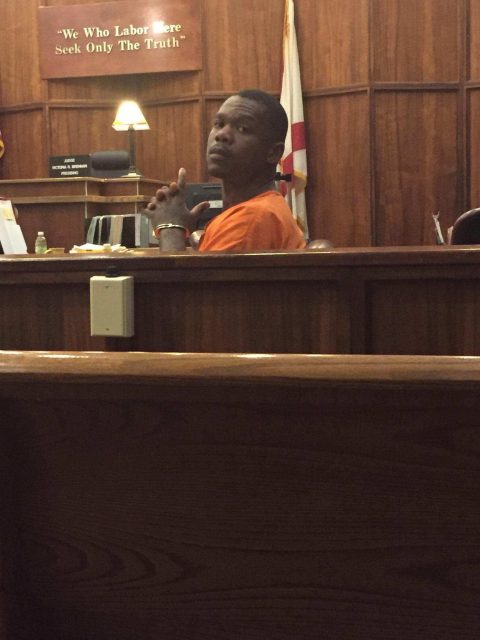 On May 27, 2016 a young Man by the name of Thaddeus Martin was illegally sentenced to 5 & 10 years State Prison for a violation of probation for counts 1 & 2 by Judge Victoria Brennan , Mr. Martin attorney advised Judge Brennan that Martin was not on probation for both counts, but the Judge tried to get Martin attorney to admit to this false and Malicious prosecution on the record, as soon as Martin attorney advised the courts, the Judge interrupted his speaking, and sentenced Martin illegally, we felt she and the State did not think Martin attorney was aware of changes made, these people took Mr. Martin to an illegal hearing of probation of violation, and illegally sentenced him, this was bold, this judge announced Martin sentenced and walked out of the courts, this was a surprise to all but as we looked back at a January 23, 2015 hearing with this Judge, she stated it would take God knows how long for corrections to catch the errors, so by giving out illegal sentences, her thinking is the defendant would spend at least 2 years or more before someone at corrections would catch or correct errors from the courts. And what was even more disturbing, was the Judges Bailiff, who appeared to be with the Judges wife, or girlfriend sat in the corner in the courtroom laughing at how she attacked Mr. Martin attorney. How Mr. Martin ended up with this Judge was in a similar situation, his prior Judge Bronwyn Miller was removed for being Rude, and disrespectful to another black attorney hired by Mr. Martin. important Bullet Points from this case are as follows Mr. Eth withheld evidence from the courts, then one of the officers was fired because intake State attorney Maria Toussaint advised that same officer to obtain a sworn statement from Mr. Martin ex-girlfriend, but he refused, and had Martin arrested without statements from his ex, . The Detective thought he found a friend in Mr. Eth but instead he was removed by Miami Gardens Police. Warren Eth was moved to a different unit but insisted on staying on Mr. Martin case, we have to take note, what is the motivation? Why is he after this young black man?

Martin was not probation as charged, this Misconduct by Mr. Warren Eth, and Judicial Misconduct by Judge Victoria Brennan will not break our hope and faith in the Judicial System.

We in Miami-Dade should vote for Judges with integrity, and those that care about the rights and justice for all. Please support and help Thaddeus Martin get a fair chance in what appears to be a corrupt system, we must vote to remove the bias Judges who have his or her agenda, this is another injustice for another young black male they want to throw away the key on, mind you, nothing but minority locked up

haddeus Martin has become a victim of the system which is true for many men of color in Miami- Dade County and this is unfair and unjust and this goes without so much as a blink. We the citizenry need to stand up for justice and equality and save our young human beings together and connected.